Generation is a group of individual having simultaneously a status which each one holds only for a limited period. And generation gap is a different opinion, thoughts and feelings between one generation and another regarding beliefs, politics and values. In the context of today, usage, generation gap refers to the gap between younger people and their parents or grandparents.

Generation gap has effects on many sectors. The first part affected by the generation gap is family and society. In families, we often see elder family members criticizing about the thoughts, belief of the younger members. For example, our grandparent want their children to wear traditional dresses, follow their rites, rituals, religious, thought but the children do just opposite to the will of their parents. It is because of the generation gap between the grandparents and children. The new generations i.e. children wear modern dresses, adopt thought opposite to their parents and grandparent in spite of the traditional dresses and thought and as a result, sometime they got scolded by their parents and grandparent. They think what would be wrong if their children wear what they wear still like in newar, ‘Haku Pataasi’ instead of light jeans, follow traditional belief. Society is also s big family. Society members also criticize the fashion, lifestyle of the new generation, but we new generation often neglect them as thinking let them talk about us but we spend our life what we want. 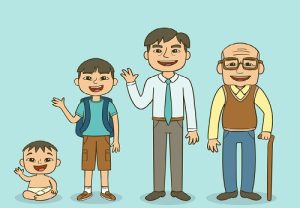